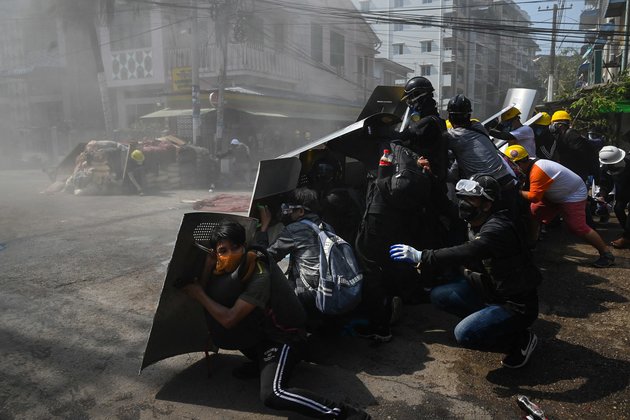 Thousands of protesters took to the streets Monday in Myanmar's largest city, Yangon, in defiance of a nighttime curfew to demand that security forces stop their siege of hundreds of young anti-coup protesters.

And protesters rallied across the city Monday night in support of the youths in the Sanchaung neighborhood, chanting, "Free the students in Sanchaung."

News of the youths spread quickly on social media, and people turned out on the streets to try to draw some of the security forces away from the young protesters who were trapped in a small area of the neighborhood.

The army threatened to search door to door for the youths as the United Nations, the United States and other countries appealed for them to be allowed to leave.

U.N. Secretary-General Antonio Guterres called for "maximum restraint" and "the safe release of all without violence or arrests," according to his spokesman.

The United Nations noted that many of those trapped are women who were peacefully marching in commemoration of International Women's Day.

The U.S. Embassy said in a statement, "We call on those security forces to withdraw and allow people to go home safely."

The diplomatic missions of Britain, Canada and the European Union also issued statements urging Myanmar security forces to allow the trapped people to return safely to their homes.

But the Reuters news agency reported that as of early Tuesday, 20 people had been arrested in Sanchaung after police searched houses.

Earlier Monday, at least two protesters were killed in another day of public demonstrations against last month's military overthrow of the civilian government.

The latest fatalities occurred in the city of Myitkyina, the capital of northern Kachin State. Photos taken by reporters with VOA's Burmese service depict gunshot victims lying in the street in a pool of blood, some being attended to by emergency personnel. Another photo showed a woman being helped to her feet after suffering a gruesome arm injury.

Reuters reported another person was killed at a protest in the town of Phyar Pon in the Irrawaddy Delta, citing a political activist and local media.

In addition to Yangon, protests took place Monday in several cities in Myanmar, including the country's second-biggest city, Mandalay, the capital, Naypyitaw, and the western town of Monywa.

Protesters waved flags made from women's sarongs or strung them on ropes across the roads to mark International Women's Day. The sarongs were also meant to shame the police and military, as walking underneath them is traditionally considered bad luck.

Many businesses were closed across Yangon on Monday after an alliance of nine trade unions launched a general strike to back the anti-coup movement and pressure members of the military junta.

"To continue economic and business activities as usual ... will only benefit the military as they repress the energy of the Myanmar people," they said in a joint statement. "The time to take action in defense of our democracy is now."

Strikes by civil servants, including those operating trains in the country, have taken place for weeks.

The calls to shut down the economy came Sunday after another bloody day between the protesters and the police and military, who are occupying hospitals in the main city of Yangon.

The United Nations said Monday that the occupation of hospitals by security forces is "completely unacceptable." A U.N. team in Myanmar said, "hospitals are, and must remain, places of sanctuary and unequivocal neutrality - to ensure that patients undergoing medical care are safe," according to U.N. spokesman Stephane Dujarric.

Anti-coup protesters discharge fire extinguishers to counter the impact of the tear gas fired by police during a demonstration in Naypyitaw, Myanmar, March 8, 2021.

NLD member Khin Maung Latt was arrested during overnight raids Saturday in Yangon and died while in detention, party lawmaker Sithu Maung said. A cause of death was not released.

Tun Kyi, spokesperson of the Assistance Association for Political Prisoners (AAPP), told VOA Burmese that he accompanied the bereaved family to claim Khin Maung Latt's body and witnessed blood on his head, his fingers blackened and wounds on his back.

Police have not commented on the matter.

The AAPP advocacy group said Saturday that more than 1,700 people had been detained under the junta.

"Detainees were punched and kicked with military boots, beaten with police batons, and then dragged into police vehicles," AAPP said in a statement. "Security forces entered residential areas and tried to arrest further protesters and shot at the homes."

Myanmar has been consumed by chaos and violence since February 1, when the military overthrew the civilian government and detained Suu Kyi and other high-ranking NLD officials. Military officials say widespread fraud occurred in last November's election, which the NLD won in a landslide. Election officials have denied any significant irregularities.

Odds swing, favor Mac Jones over Justin Fields at No. 3 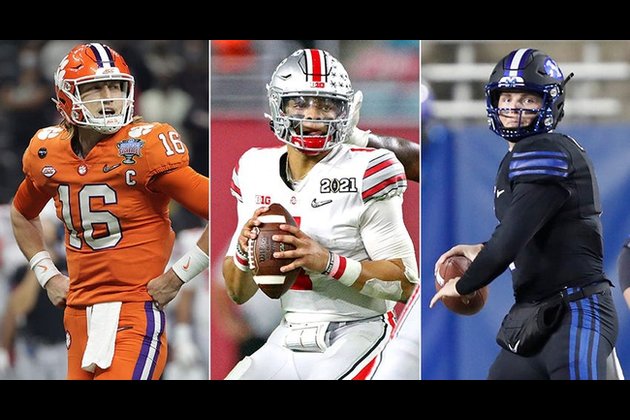 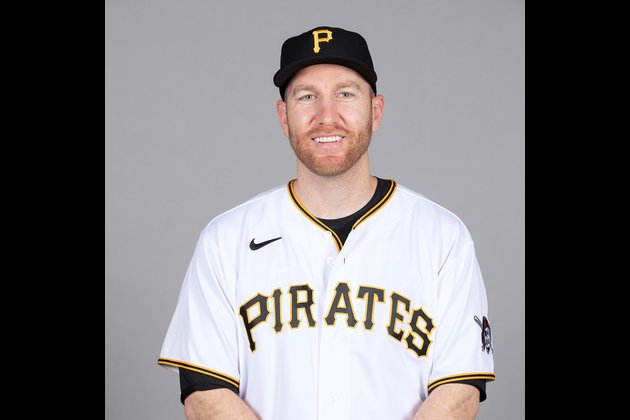 The Pittsburgh Pirates called up veteran infielder Todd Frazier ahead of Thursday afternoon's game in Detroit. Frazier, 35, was in ... 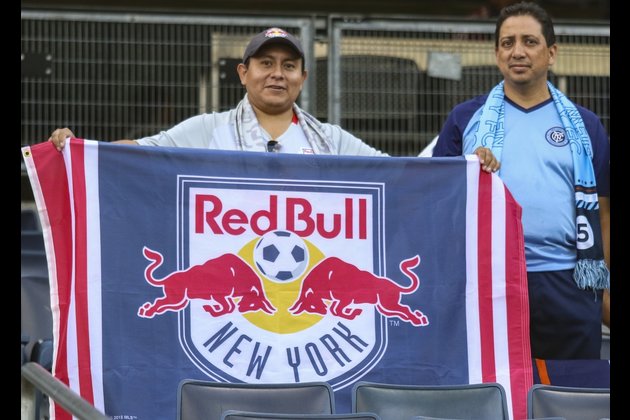 The New York Red Bulls announced the signing Thursday of Celtic FC striker Patryk Klimala to a four-year contract with ... 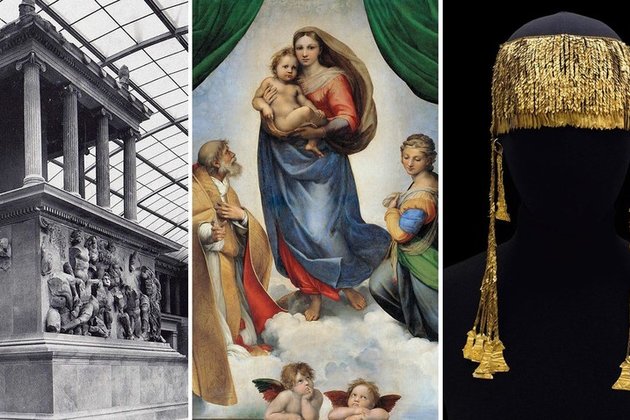 The triumphant return of Soviet troops in 1945 was accompanied by large amounts of captured paintings, sculptures, books and gold ...