White Sox to hold moment of silence due to shooting, cancel fireworks 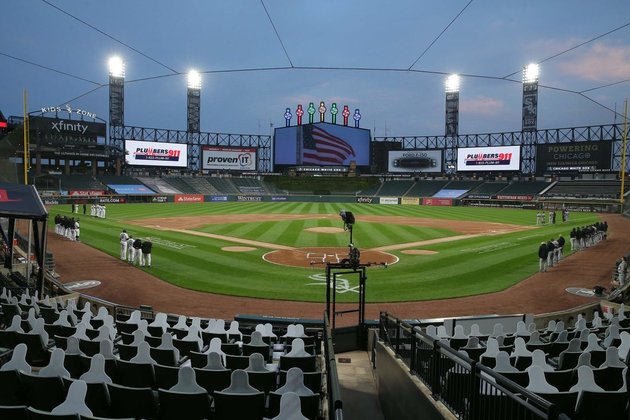 Following a tragic shooting in Highland Park on Monday, the Chicago White Sox released a statement denouncing the shooting and providing guidance on tonight's scheduled home game against the Minnesota Twins.

On Monday morning, a gunman opened fire at a Fourth of July parade in Highland Park, Ill., about 25 miles north of downtown Chicago. As of 4:30 p.m. ET, 26 individuals had been identified as gunshot victims, with at least six fatalities, according to CNN.

The White Sox game will continue as scheduled at Guaranteed Rate Field in Chicago, but with some modifications in light of the tragedy.

"After consulting with Major League Baseball, tonight's scheduled game against Minnesota will take place at 7:10 p.m.," the statement read in part. "However, the postgame fireworks celebration is canceled. A moment of silence will be held before the start of tonight's game."

The team also expressed sympathies for those affected.

"Our hearts are with the Highland Park community. The entire Chicago White Sox organization expresses our deepest sympathies to the families and friends of the innocent victims of today's horrific shooting and all of those who have been affected by this tragedy."