Jailed Iranian Activist Says He Will 'Never' Ask For Pardon 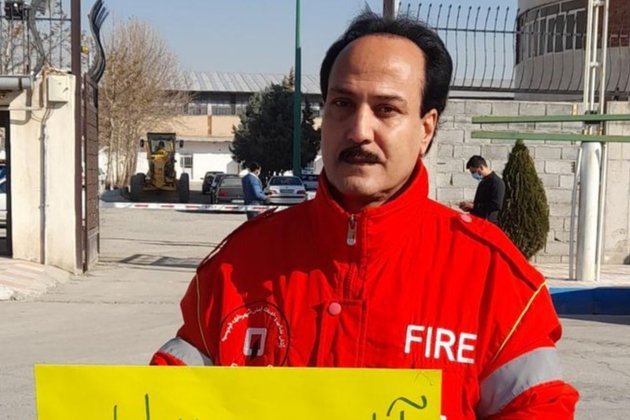 Jailed Iranian civil activist Zartosht Ahmadi Ragheb has said in a message that he rejected a proposal by prison officials to seek a pardon.

In a message published online on July 4, Ragheb, who is imprisoned in Rajaeeshahr prison, west of Tehran, said that a delegation from the prosecutor's office visited him twice last week and asked him if he wanted to apply for a pardon. 'Never,' he said he replied.

Ragheb is a former employee of the fire department who has been arrested several times due to his peaceful activism.

He is also one of the 14 civil and political activists who published a statement in June 2018 demanding the resignation of Supreme Leader Ayatollah Ali Khamenei and asking for fundamental change of the constitution.

Ragheb, who has been in prison for the past four months, underwent stomach surgery in June and was returned to prison despite not completing his treatment.

With writing and reporting by Ardeshir Tayebi