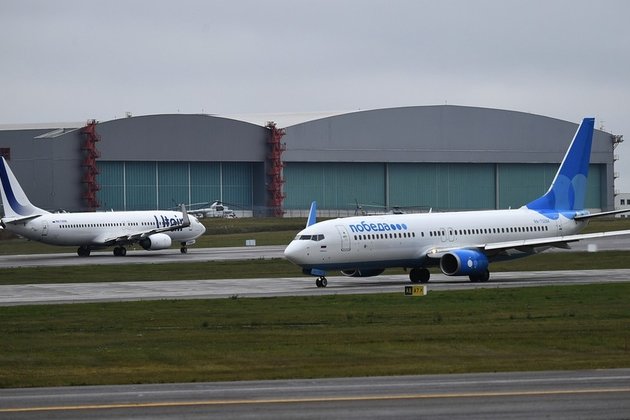 Russia will continue its work in the International Civil Aviation Organization despite the ICAO's "unfriendly" and "political" decision not to re-elect it to the governing council, the Russian agency overseeing civil aviation, Rosaviatsiya, has said in a statement.

Earlier on Saturday, amid the ongoing confrontation between Moscow and Western countries over aviation-related sanctions, Russia did not secure enough votes during the UN aviation agency's 193-nation assembly in Montreal, Canada. All other members of the council's 'chief importance' group, which Russia had been part of, were re-elected, according to the list published by the organization on Twitter.

Rosaviatsiya claimed that in cases when a council member of the group is not elected, a re-vote is required.

"However, the Russian delegation was denied this. We believe that the unfriendly decision of the coalition of countries is political and temporary," the watchdog said.

Rosaviatsiya emphasized that Russia remains a full member of ICAO and thus will continue its work in the organization "through the Russian representation in ICAO, as well as in the relevant ICAO working groups."

The agency said that Russia's removal from the ICAO council would not affect international flights from Russia to "friendly" countries. It also offered reassurances that the Russian aviation industry would continue to adhere to the "high standards" recommended by the ICAO.

Earlier this week, Adina Valean, the European Union's transport commissioner, accused Moscow of violating the ICAO's fundamental principles. "We cannot accept that a member, breaching so clearly the Chicago Convention, sits in the very council that should act as its guardian," Valean said, referring to the 1944 treaty, that established the organization's framework.

Canada's transport minister, Omar Alghabra, had said earlier that his country would also be opposing Russia's nomination to the 36-seat council.

Western countries have been accusing Russia of illegally confiscating hundreds of foreign jets. Moscow denies these allegations, citing a law that allows Russian airlines to re-register foreign-owned airplanes and continue using them domestically. The law was signed by President Vladimir Putin in response to the Western ban on supplying aircraft and aircraft parts to Russia over the conflict in Ukraine. Moscow also closed its airspace to airlines from 36 countries, including all EU countries.

Out to match a season-best winning streak, the New York Rangers will continue their Southern California double with a visit ...

The Utah Jazz front-office's decision to trade All-Stars Donovan Mitchell and Rudy Gobert in exchange for a boatload of first-round ...

Kabul [Afghanistan], November 23 (ANI): An earthquake of magnitude 4.3 on the Richter scale jolted Afghanistan on Wednesday, the National ...

Gazan fruit farmers losing out amid competition from Israeli produce

© Provided by Xinhua Despite having a bumper harvest, Gazan fruit farmers, facing competition from cheaper Israeli produce, see only ...

Chris Kreider scored two third-period goals for the visiting New York Rangers in a 5-3 win against the Los Angeles ...

News of yet another deadly shooting at a United States LGBTIQ+ nightclub has again brought hate crime to the forefront ...

King could step in if Malaysia parliament cannot choose leader

KUALA LUMPUR, Malaysia: As support for a conservative Islamic alliance prevented major coalitions from winning a simple majority in its ...

BUFFALO, New York: Just ahead of the busy Thanksgiving holiday week, western New York state was hit by a snowstorm, ...

After 73 years, Biden tells Palestinians to wait until conditions are right

NEW YORK CITY: Granting Palestine full state membership status at the UN would be a "practical" step that could preserve ...

WASHINGTON D.C.: In the largest dam removal undertaking in U.S. history, a U.S. agency last week approved the decommissioning of ...